Bringing a Knife to a Gun Fight 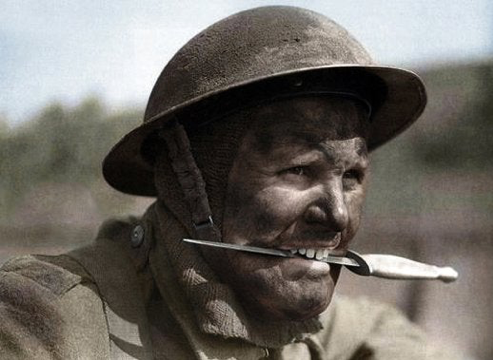 Don’t be naive about who your opponents are and what they really want. Seemingly irrational opponents may have a very rational motivation to shut you down. Identifying covert competitor generated opposition is essential if you want to successfully overcome it and get your project or initiative approved.

Dealing with abutters, neighbors and impacted stakeholders with real concerns is tough enough—you can do everything right and still find fear, hostility and passionate opposition. When your opponents are propped up, fake, paid for or have hidden anti-competitive motives, you need to bring the right strategy and tools to the fight.

There are plenty of industries who openly oppose each other’s projects to protect themselves. In most industries, this open opposition is far less accepted and when done it is quiet and covert. I’m still surprised when industry veterans don’t believe their competition is secretly fighting their project, even when presented with all the warning signs.

Just some of the warning signs:

Suddenly, like grassroots organizing magic, a group appears and their sole agenda item is the defeat of your proposal. They have a witty acronym like Citizens Against Retail Sprawl (CARS) or Residents Against Gas Emissions (RAGE). No one seems to be speaking for the group and there is no clear organizer or leader but they have a great website or Facebook page that is pushing out every possible negative talking point (some true, some not so much) all designed to generate fear, anger, hostility and action.

The neighbors have a lawyer!

Some groups have attorney friends or relatives who can represent them. Others have lawyers who are legitimately part of the group and share the same interest. Often these are lawyers who do not specialize in the kind of law the situation may require. On rare occasion, the neighbors are wealthy enough to actually retain counsel or they take up a collection, but there is a limit to the time and resources your average little neighborhood group can muster. Take a good look at the lawyer or legal team. Do you really think the neighbors are paying for this? As Woodward & Bernstein famously said, “Follow the money.”

And the lawyers have experts.

Traffic engineers, wetlands engineers, indigenous species specialists, archeologists, economists, and more are brought in to peer review your studies. These “experts”  focus on ripping your project to shreds by sowing doubt about accuracy and scope. Who’s paying for all this?

Negotiations in bad faith or not at all.

It is impossible to find anyone to speak for this “group” and discuss what they want. When you can nail them down on demands, the goal line keeps moving and is never actually attainable. They may even say they do not oppose the project but they want certain conditions- conditions they know make it physically or economically impossible for the project to move forward.

If your intention is to build understanding, work together and find mutual gains while your “concerned citizens” are singularly focused on your total destruction and failure, The strategies and tools for dealing with this type of opposition are very different from the best practices used when addressing real concerns and honestly motivated people. This is a different fight and you need to identify and understand it before you can counter and overcome it.

Not being able to recognize that you’re dealing with sophisticated opposition with deep pockets is like bringing a knife to a gun fight. Good ideas, projects and initiatives die every day because proponents believe that being right is enough. It isn’t. That’s just the start.