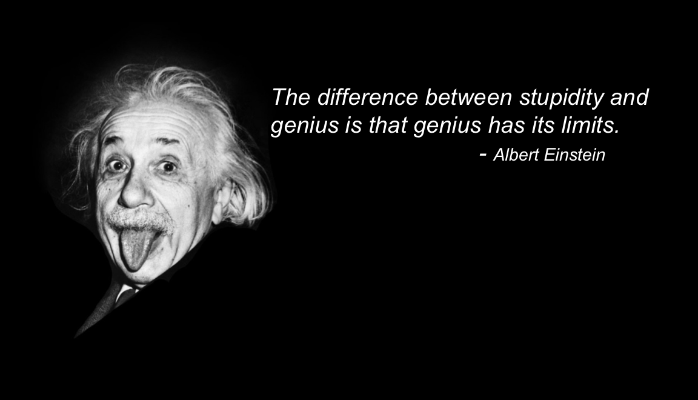 Dealing with the Idiotic, Irrational and Incomprehensible

Anyone advocating for a controversial initiative today must learn to deal with the fear of change, cynicism and NIMBYism that now permeates the public discourse. True professionals understand and expect vocal and engaged opposition and have techniques and strategies to build bridges and work towards consensus. Working more closely than ever with today’s empowered and active populace often leads to better outcomes but there are unintended consequences.

At a public hearing for a 100 turbine wind farm in the Midwest, a woman stands up and demands, “If you are going to put up 100 of those wind turbines pointing in one direction, you must commit to building another hundred somewhere else pointing in the opposite direction or you will stop the rotation of the earth!”

Expert consultants, books and seminars are available to help with strategies for community outreach and developing mutual gains but all of these techniques are predicated upon the idea that you are dealing with rational and intelligent people. Seasoned professionals can work with the angry, misinformed and concerned but where are the strategies for handling the just plain absurd?

At a hearing for a solar farm, a distraught gentleman stands to address the local board and asks “Just how many of these things do you people think you can build before you suck all the energy out of the sun?”

While often difficult and awkward to discuss, we must acknowledge the existence and growing specter of stupidity before we can learn to effectively deal with it.

A gentleman testifies at a municipal hearing about the drilling of a water well and states his opposition. “If you keep up this digging and drilling, sooner or later you are going to hit hot magma and it’s going to shoot up and destroy the entire town.”

While I do not believe that people today are actually less intelligent than previous generations, it does seem increasingly clear that today’s fools are far more empowered to speak up and share dim-witted declarations with the world. Lost are the words of Abraham Lincoln who said, “Better to be silent and thought a fool, than to speak and remove all doubt.”

The internet and social media combined with decades of high profile fights pitting individuals against big box retailers, utilities and other large institutions have empowered average Americans to believe they can stand up and be heard. This triumph of technology and democracy that gives voice to and empowers the individual is an undisputed leap forward in our cultural evolution but there is a darker side. Every voice can now be heard even if it is the voice of an utter imbecile.

An opponent to a rezoning application for a proposed steakhouse restaurant reads his carefully drafted statement to the board and articulates his key point of concern. “The smell will drive the neighborhood dogs wild.”

Ignorance is the lack of understanding. When someone is ignorant of the facts or the facts are in dispute, it is possible to have an intelligent and constructive discourse that may well result in mutual understanding.

In New York State, a young woman addressed the town board and tearfully explained to them that if they allow a cell phone tower to be installed near a state highway, thousands of birds would surely die both from flying into it and from the dangerous radiation it emits. “How many have to die?” She asked.

We can deal with real concerns and with rumors and fears over potential impacts. It’s all part of the process. We can engage in substantive outreach and dialogue, bring in renown experts, submit studies, provide renderings and animations but we still cannot always bridge the gap between reality and buffoonery.

The impacts of Electric and Magnetic Fields (EMFs), the invisible energy given off by every electrical device from light bulbs to cell phones, is a concern many have when an electrical substation or power transmission lines are proposed but this was a new one. A New England high school teacher expressed his opposition to an electrical substation in his neighborhood because he read on a web site that EMFs were being used to brainwash people and he wanted “a full investigation and assurances” that EMFs will not brainwash people before the project moves forward.

This phenomenon of unbridled and demonstrable idiocy is not exclusive to residents who come before local boards. Sometimes an elected official truly stands out.

A team of experts designing a new development plan for a blighted city area asked the Mayor what their priority should be. He said “Can you design it to force all the Puerto Ricans out?”

A Chairman of the Board of Aldermen opposes a new grocery store in his community because “Too many grocery stores lead to “fatter people.”

A Town Council member promises a retail developer his vote if he can guarantee he can keep “people from out of town” from coming in to shop there.

The luxury resort developer of a large industrial site situated next to a sludge plant, a power plant and a gas facility is instructed by the governing board to “make it fit in with the rest of the neighborhood.”

And my favorite dim-witted developer story (Although it was not funny at the time).

A developer threatens a small affluent resort community with a “pig farm” if he is not allowed to build the golf course and condos he wants. After months of work repairing that debacle, he flies back in the day before the crucial referendum vote. On the fifth hole of the local golf course, he pulls out a sandwich only to have it snatched from his hand by a large black bird. Genius then pulls out a .45 caliber hand gun and takes aim at the offending beast before the gun is wrestled from his hand by his entourage. Yes. Drinking was involved but still…

To the developers, the commercial real estate lawyers and the project teams who struggle everyday to act responsibly and to build in ways that benefit and enhance communities, we feel your pain. You are not alone. Try not to roll your eyes, shake your head or gasp in shock and amazement when confronted with comments so bizarre and idiotic that you feel the need to reflect on the decline of western civilization.

Often a crazy statement or idiotic claim is simply ignored by the local board. The conspiracy theorist or doomsday prognosticator that shows up at your meeting may well be a known quantity referred to as a “local character.” Be respectful, listen patiently and attentively and offer to provide additional information on their subject of interest (if possible). This may be the only time the board or the public actually has some sympathy for you. Enjoy the moment.

While digital tools and social media provide a megaphone for fringe elements and an effective way for them to find each other and band together, seldom do they gain traction. Your outreach efforts, maintaining a constructive dialogue and building solid relationships in the communities in which you operate and hope to operate are vital to ensuring project success. Don’t let any irrational or intractable oppnents stop you from working with neighbors. Most are simply good people looking to preserve community character and improve their quality of life. The real challenge is getting those people to show up at your public hearing.