Truthiness and CRE Rules of Engagement 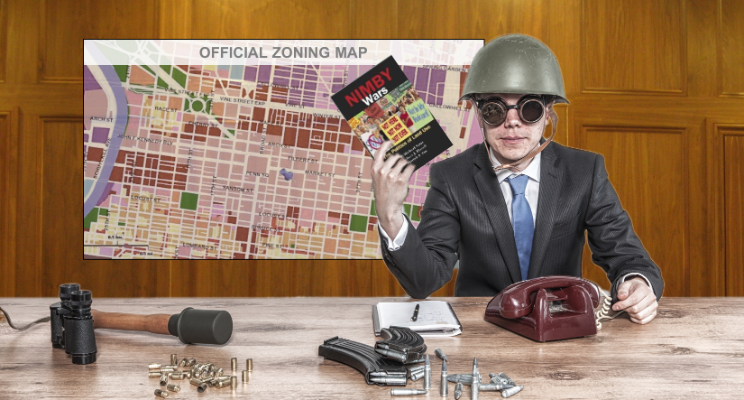 Credibility is crucial for commercial developers but not so much for their opponents.  The greatest advantage held by opponents today is that they can throw any allegation, facts or figures without regard for the truth- and the burden falls upon the developer to disprove it!

The traffic study says the project will generate 3000 new vehicle trips but an abutter says the number is closer to 12,000 based on her cousin Joey’s count conducted at a similar facility for an hour last November 24th. Hearing delayed. Councilors’ concerned. Further study needed!

If you work to get approvals for commercial real estate projects, lies will kill you.  They will destroy your current projects chances and they will be used against you on every project you ever attempt anywhere thanks to the magic of the internet.  It is all on-line, anyone can find it and it never goes away.
Responsible and successful developers understand that the bar is very high and more than reputations are on the line.  The clients we work with are extraordinarily careful about following through on promises and being able to back up what they say.  They have to be but opponents do not.
The opposition’s goal is often death by a thousand cuts. Throw out as many potential problems as possible and build fear, suspicion and confusion.

Developers need to listen patiently and address each of these issues. The burden to prove them is not on those making ridiculous or unfounded statements. It is up to the proponent to disprove them- often at great cost in both time and resources.

I regularly conduct seminars for corporate development teams and the most popular by far are the sessions where I have them organize to defeat one of their own projects.  Acting as neighbors, local activists or competitors dedicated to stopping one of their own projects places them in a completely different mindset.  The rules of engagement are radically different.
I am often told by executives that an argument cannot be used by opponents “because it is not true.”  Really?  If a developer is found to have been deceitful on any stated facts, all facts are now in doubt. Their credibility is in question and the entire project is in jeopardy.  If an opponent makes a ridiculous, unfounded and verifiably false accusation, it is simply dismissed and we move on to the next opponent with another allegation.  The developer speaks with one voice regardless of team members and experts.  The opponents speak with as many independent voices as they can muster. The credibility of one does not impact the next. They can simply bring up the another speaker and fire the next missile.
I recently asked a team of utility company executives what arguments they would use to oppose an electrical substation project.  They had a tough time coming up with many.  I suggested a few including issues regularly raised against these types of projects and they dismissed them as false saying they could not be used because they are not true.  It is very difficult for some to grasp this.
Truth is absolutely necessary for developers but NOT for opponents who can throw all the mud they want at a project and see what sticks. This is a reality and developers have got to be prepared to deal with these types of attacks effectively before a project becomes politically impossible.
PrevPreviousManaging Land Use Campaigns
NextEmpowering FoolsNext