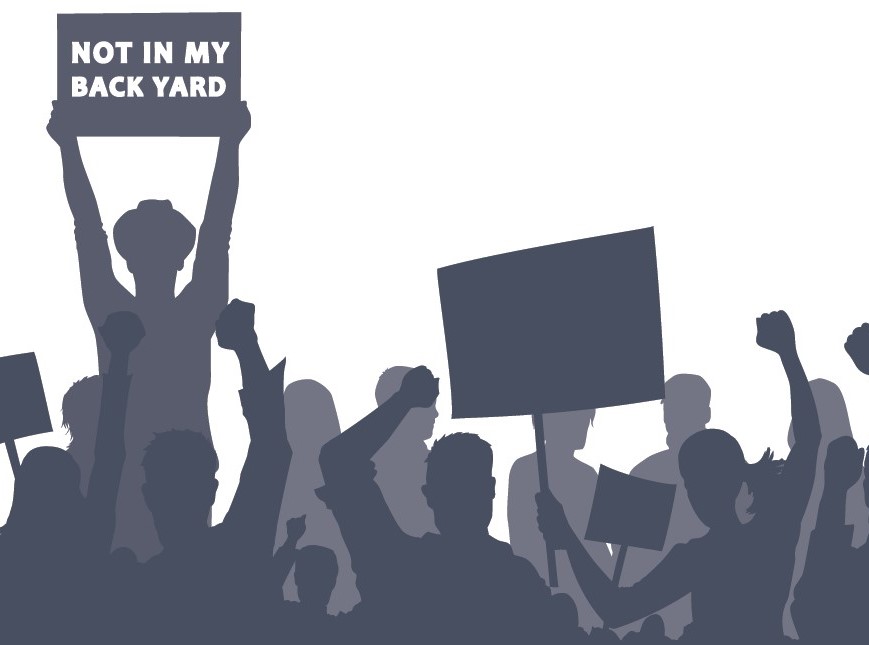 Tips for Managing the Unmanageable

Every commercial real estate development team is made up of experts from a variety of disciplines. Managing them and the roller coaster-like permitting process is not for the faint of heart.
With some team members, their role is clear and you can easily manage them and chart their progress. For example, the traffic engineer completes a traffic study. His mission is clear. We can see it in various stages and gauge the quality and speed at which the work is being done. When his work is finished, you can hold it in your hands and point to it. It is not so easy to manage the campaign consultants whose job is winning approvals whether it’s a referendum or a vote of a local board.

How do you track progress? How do you know if your strategy is working and how effective your consultants are being? When you get to the end of the process and lose the vote, it’s too late to fix it and all the time and money it took to get you there are lost.

Some will tell you it is the difference between an art (politics) and science (engineering) but that’s not entirely true. Don’t be distracted by the mysterious voodoo that they do. Campaign professionals are a dime a dozen. Anyone can hang out a shingle and claim this expertise and the problem is, many do. Politics, public relations, advertising, survey research, branding, social media, salesmanship, organizational management, database management and a myriad of other skills are part of the mix and broad experience is essential.

Hiring the guy who knows a guy will not cut it. Whether it’s a full-fledged referendum vote, moving swing board votes with constituent pressure or simply providing political support so officials won’t be faced with political suicide by supporting your project in the face of NIMBY hoards, you need to be able to manage and execute a comprehensive political strategy.

There is a basic foundation to an effective campaign and if you understand some simple principles, you will know the right questions to ask, how to chart your progress and how to manage those unmanageable consultants.

More time and money gets wasted in land use political campaigns than you know. An old saying in advertising says, “I know half of my budget is being wasted. I just don’t know which half.” The same can be said of most political and land use campaigns. If you can’t measure it, you cannot manage it.

On every campaign there are a thousand things you could do but only a handful you must do. Every campaign is essentially a math problem. We need to identify our voters and get them out to vote in the case of an election or referendum. We need to identify supporters and actively engage them to demonstrate support and generate constituent pressure in the case of a hearing or commission vote.

There are a limitless number of elements and tools you can build into your campaign plan but make sure you include these five campaign fundamentals first and everything else will fall into place.

1. Agree Upon a Campaign Goal

· Win the board vote.
· Win the referendum.

Make sure everyone understands what the ultimate goal is and that they stay focused on it. Mission creep is common and consultants are always looking to do more. Reign them in by refocusing them on the objective. Keep asking, “How does this help us achieve our campaign goal?”

Every element of your campaign must be judged on its effectiveness in meeting the campaign goal. Time and resources are limited and if it does not move us toward that goal, we don’t do it. Ideas get thrown around all the time and there are too many good ones to do them all. We need to prioritize and choose based on cost effective achievement of our goal.

It can get crazy in the war room. The ground can shift beneath you pretty quickly and you need to be able to act and react to changing dynamics. Agreeing on a clear goal provides focus and clarity of thought for decision making throughout the campaign.

Try this exercise. Ask your campaign consultant to tell you in one simple line: “What is our goal?

2. Conduct a Thorough Political Due Diligence

Do not ever walk blind into a municipal hearing and do not take anyone’s word for it that “Everything will be okay”. Good projects die every day because developers ignored the politics and believed they would be able to slide it through. In this age of social media and the internet where everyone thinks they can fight city hall and win that happens less and less.

We have seen clients spend millions on development projects when they did not know that the Speaker of the House’s mother lives across the street or that the Mayor is in a blood feud with their lawyer over a project from three years ago or that the entire board was just elected on a “no-growth” platform and there is no way they are voting yes on anything. You need to know what you are getting into and yes, some fights are just not winnable. Find out early and make an informed decision about the resources it will take to win and if you are willing to take that on.

Do not accept the reassurances of locals or a wink from your lawyer. Verify all assumptions with a third party, someone from outside who can walk around town and ask the right questions. Review the local newspaper for the last year and know the local players and issues. What was the last big project proposed in town? What happened to it and who opposed it?

Campaign management systems help keep the entire team on the same page. Everyone on the team can access the web based system and input documents, drafts and updates so that everyone stays up to date and there is less likely to be duplication of effort, missed deadlines or dropped balls.

4. Set up a Campaign Database

Regardless of the type of campaign we are running, we are always trying to identify supporters and opponents. A campaign database is the central depository for this information. This is the heart of the campaign. We can keep running totals of who is with us and who opposes, as well as more detailed micro targeting data that will help us with canvassing, generating targeted outreach and other highly effective campaign tools. All data gets funneled into this database from phone calls, meeting attendees, correspondence, web and social media signups and any other forum.

When you look at internet and social media strategies (a necessary and integral part of any effective campaign today), remember your campaign goal and keep asking how these elements help you achieve it. Most campaigns build web sites and set up Twitter and Facebook channels just to have them. They often serve no real purpose and are not properly integrated into the campaign. All internet and social media must be set up first and foremost to capture supporters and add them to our campaign database. When utilized correctly, they are very powerful tools.

With a campaign database, we can build metrics to chart progress and monitor campaign performance. It also gives us the ability to scale up if needed and adapt the campaign quickly to changing dynamics.

If we can’t measure it, we can’t manage it they told us in business school and they were right. Put the right metrics in place and review them weekly or twice monthly to keep everyone laser focused on campaign goals and gauge effectiveness of what is and is not working. Keep the list short and focused. Typical campaign metrics might include:

Tracking these key metrics will ensure you know when the campaign is losing momentum or when the political landscape is shifting around you.

You will be able to track the effectiveness of your campaign staff and hold them accountable.

Every campaign is an attempt to organize chaos and the fatal flaw in most is a lack of focus. Starting with these campaign fundamentals should give clarity to your strategy, the ability to adapt and react quickly to changing conditions and a dashboard to monitor and ensure progress towards your goal.