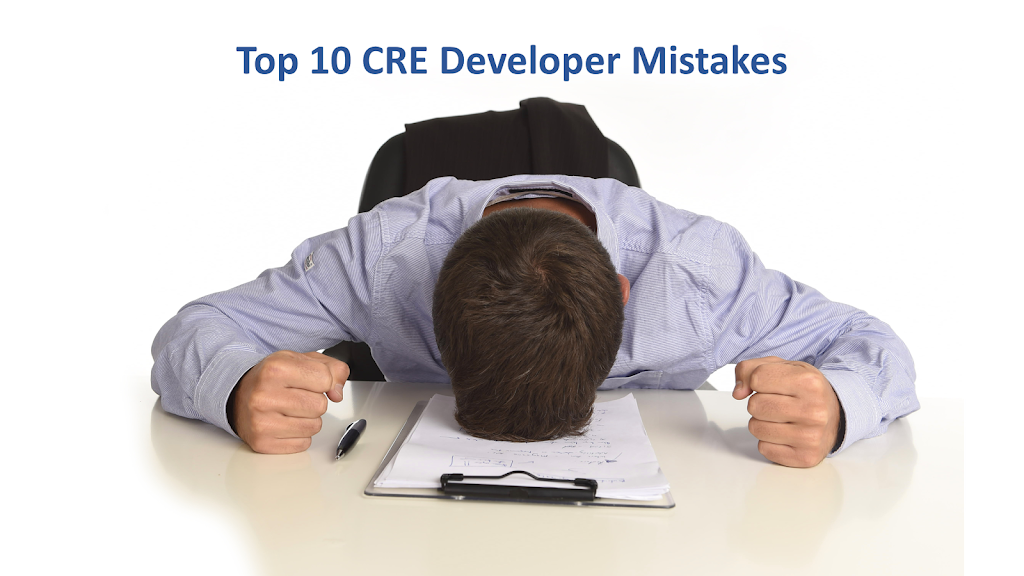 History is constantly repeating with developers making these same old mistakes.
Learn from experience and have a strategy to avoid these common problems.

There was a time when keeping your plans quiet and slipping in under the radar actually worked but that was long ago. Filing a plan in July or August, scheduling hearings around the holidays and doing absolutely nothing to attract attention was a strategy based on the idea that you could tiptoe past activist residents. These days, social media, grassroots organizing tools and a renewed sense of social activism has everyone believing they can fight “progress.” Keeping quiet is far more likely to result in a public hearing full of angry neighbors, conspiracy theories, rumors, awful media stories and a very unfortunate start for your now controversial project. Hiding is not a strategy. File under “That trick never works.”

Do not lose your temper, be sarcastic or snippy. Remember that you are not from here. You are not the home team. In fact, you are a guest here looking for something of value from the community. Know that your snippy retort, no matter how witty or deserved, will be the talk of the town and will probably be on video for all eternity. These days, mistakes are forever and will follow you online to every project you work on right through to the highlight reel at your retirement party. After the meeting, you may well hear apologies and earn sympathy from officials embarrassed by the treatment you endured.

There is no better way to alienate locals and remind them of every negative stereotype of corporate profiteering and greed than to bring an entire team of suits to the local public hearing. We have all seen it too many times to count. The hearing is filled with working people in sweatshirts and ball caps while an entire row of the auditorium is occupied by white men in suits from out of town looking like unapproachable corporate villains. Now I don’t expect you to join the sweatshirt brigade but maybe you can ditch the tie and dress down the five guys who are there to observe and take notes for the home office. Think about the optics and how you will be perceived by this particular audience.

4. “Who are all the people getting off those buses?”

If you walk into a public meeting or hearing and you are surprised by what you see, someone did not do their job. Political due diligence needs to be part of your every project playbook. History is an early warning system. You are not the first person to try to build here. Spend some time in the community and talk to people. Know who the regular characters and the key players are. Look at who always opposes these things and why. Research the local officials and know who ran on a no-growth platform or on building the commercial tax base. Find out which officials live close to the site and what groups are active and matter in the community. Scan the last year of the local weekly newspaper to understand local issues and much more. It’s not hard and it is absolutely crucial to avoid easily avoidable problems and unnecessary and costly surprises.

Do not attempt to have a rational argument with an irrational opponent. It just makes you look weak and lowers your stature. Whether on social media or in public at a hearing or an open meeting, arguing with the local character, conspiracy theorist, or village contrarian is a no-win scenario. Chances are the local officials know them and have seen this all before. No need to go toe-to-toe or engage in a point-counterpoint. Address the board directly, offer to provide additional material or to have a later one-on-one conversation to delve further into this individual’s concerns.

6. “Why is everyone wearing red t-shirts in there?”

Do not allow the opponents to dominate the room. Imagine being an elected official who needs to vote on an issue in front of an entire room full of angry constituents, friends and neighbors. Smart opponents understand there is theater and stage craft in these proceedings. They understand the perspective of the officials and they will try to fill the first few rows with opponents. They will ask everyone to dress in one color or provide everyone with a bright t-shirt making their dominance of the crowd seem even bigger than it actually is. Expect this strategy every time and be ready for it.

Oh, yes, they can. Opponents can say virtually anything without recourse or consequences and you will need to disprove it. You, on the other hand, cannot tell a lie, exaggerate or misstate a fact. Any false statement will call into question every other thing you say and will seriously damage your credibility and your chances of success. It isn’t fair and it places you at a serious disadvantage but that’s just the way it is. If an abutter says your project will attract 10,000 new cars and the additional exhaust fumes will kill family pets for miles, you need to address it factually with rational arguments and move on to the next allegation. If you attempt to hide or misstate figures, your credibility on every issue is now in doubt and you have re-energized your opponents.

Once upon a time, a man’s word was his bond but those days are long gone. Local political fixers available in every city and town across the country have the connections and the relationships to get you access to key officials to make your case. Often the Mayor is a cousin or the City Council President is a brother-in-law. After dinner and some fine cigars, they may come to appreciate the value of your project. They want jobs and understand the need to increase the tax base to help balance tight municipal budgets. They will tell you it all sounds great and it looks like smooth sailing. They might even tell you that you have their vote. Later when officials walk into that first public hearing and are confronted by hordes of angry constituents, the “good old boy” deal is out the window and it’s as if the bond formed over top-shelf expense account scotch meant nothing at all. Do not place the fate of your entire project on the dubious promises of a local politician. Be prepared for the worst and hope for the best.

Often, developers will be reluctant to reach out to vocal opponents. Not attempting to talk to them is a big mistake. Sure, they are passionately and loudly opposed to your project but they will be at the hearing regardless of what you do so why not take a shot? Building relationships and humanizing these projects can go a long way. It is very easy for neighbors to oppose and despise a “Giant Faceless Corporation” but they might find that they actually like Joe or Susan who took the time to try to talk to them and explain the project and its benefits. Giving them a chance to vent, getting their concerns on the table and possibly have some of their ideas heard and considered can sometimes calm them down. Every once and a while you will find you can win one over, get them to not oppose or even have them express their concerns while praising you and your outreach efforts. There will always be intractable opponents- people who, for whatever reason, refuse to meet or to even discuss your project and their issues with it. In that case, you need to document attempts to talk to them so you can note their refusal to communicate when they stand up to complain at the next public hearing.

When faced with a big controversial issue, do not ignore it or try to say it isn’t there. Often the best strategy is to agree with it. When an angry resident is in your face and raging about the existing traffic nightmare, watch their face when you say “You are absolutely right. It is a mess.” (Pause. Note the confused look as they take a breath and calm down.) “I agree. Traffic there is horrible. Whether we build this project or not, something has got to be done to fix that situation. Let’s talk about some ideas.” Nothing takes the steam out of a confrontation like agreement. It is difficult to regroup and push an argument from there and often, the change in tone will allow you to move the discussion to solutions. Take your opponents’ primary argument off the table by agreeing with it.

PrevPreviousThe Truth about Fake Protesters
NextHiding Is Not a StrategyNext